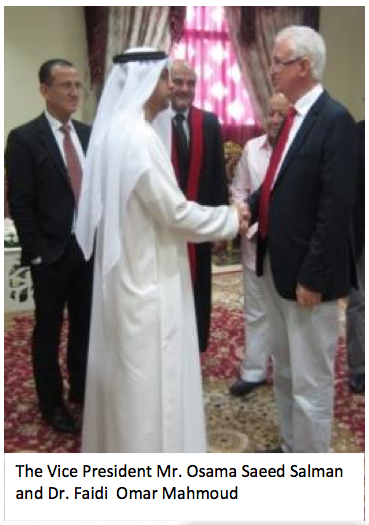 Under the patronage of His Highness Sheikh Hamad Bin Mohamed Al- Sharqi, Member of the Supreme Council, Ruler of Fujairah, Ajman University of Science & Technology, Fujairah Campus, organized this year's graduation ceremony, appropriately named "Year of Innovation" batch at Sheikh Khalifa Hall in Fujairah on 27 October 2015.
His Highness Fujairah Crown Prince took the opportunity to congratulate the graduates on their hard-won achievement, and urged them to devote their acquired knowledge and skills to the service of the homeland and to the sustained development and progress of the country.

At the close of the ceremony, the 150 graduates, representing 8 degree-awarding colleges at Fujairah Campus, were honored by

receiving their certificates from His Highness Sheikh Mohamed Bin Hamad Al-Sharqi. In turn, the Crown Prince was presented with the University shield in recognition of His Highness's support of the University.
Greeted the guest delegation from Mr. Mom 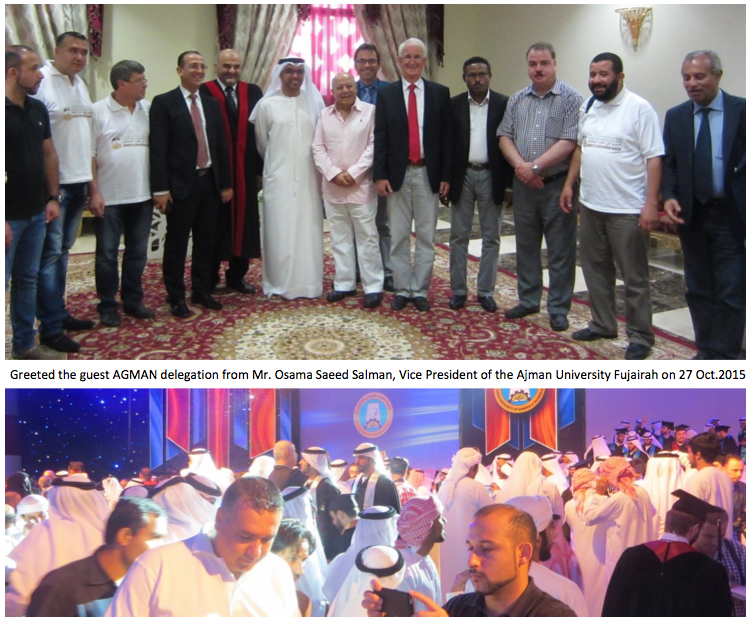